I really did not want to write about this. No matter what you say about this sort of stuff no one is completely happy with it. Writing about this topic usually results in crazy and sometimes angry feedback. But the question keeps popping up. So let’s go there!

I will give a short answer and a long answer…

a. It always was end times.

b. It’s not much more end times now than it was last month.

c. We were living non-materialistically as if it already was end times, right?

d. Whether it’s any closer or not to the finish line for history doesn’t matter that much.  If that changes the way you live then you’re living out of fear rather than grace, which is a problem.  If you told me I would die tomorrow I would live today the same way – and trust.  So if you need to say sorry to someone or forgive, do it now.  Live with short accounts.  Don’t wait till it’s urgent or it will be too late anyway.

e. If COVID19 woke some of us up to the fragility of life then that is good.

f. We live honestly facing mortality (the cross) and with confidence (the resurrection).

g. The focus of the Christian should be today rather than fearfully prepping for tomorrow.  This is the teaching of Jesus (see Matthew 6:28-32).  He said that each day has enough worries of its own (Matthew 6:34).  He is with you now (Matthew 28:20). Just focus on the now for now!

The above is fairly standard Christian teaching.  It is not the fringe stuff which gets more blood pumping and big media coverage.  The fantastical stuff would never be taught by the vast majority of reputable Christian teachers throughout history.

Now some more specific comments about history and apocalypse etc…

Let’s not be so historically self-centred!

On balance, this is not a more momentous part of history than most.  If you start reading history you discover it is usually horrible (thanks Terry Deary for Horrible Histories).  I have recently been reading the history of the Byzantine Roman Empire (330-1453AD) and the many plagues that decimated it were truly frightening.  At this point, to think this pandemic makes us unique would be insulting to the countless numbers who died of the Justinian Plagues, the Black Death, the Pestilence, the Influenza Pandemic, the Polio Epidemic, the epidemics that decimated most of Australia and America’s first peoples, and many more.  We need to be aware of history so we can have perspective and not think that this is the worst it gets.  Wars keep happening.  Earthquakes and volcanoes always erupt.  This time hardly seems worse than the 20th century.  Let’s avoid a kind of narrow ignorance of the wider nature of history. Bad things happen a lot.

Now back to the point…  Readers need to understand what Revelation is – apocalyptic literature.  This is a special kind of writing – composed in cultural code that the readers back then understood and shared.  If I say, “I have to see a man about a dog“ most older Aussies will understand. But it is totally misunderstood by most other English speakers. This is similar to the kind of language used in apocalyptic literature – simple to the reader who knows, but unintelligible to others. Apocalyptic literature is not “prophecy” in the modern sense of the word. Anyone who fails to distinguish the two is ignorant.

( And, by the way, it is not called “Revelations” and it’s not called “The Revelation of St John” – its common title “Revelation” comes from its first line “the revelation of Jesus Christ.” So the topic of this book is Jesus Christ – it aims to reveal/uncover him.  If someone can’t name it properly, don’t bother reading past their first sentence! )

This virus is totally NOT in the book of Revelation…

I do not believe that Revelation describes this moment in history.  It describes the Roman Empire in the time of the early church – and quite accurately, which is why people felt it was worthy of sharing around.  Given that this book describes the early church and its persecution by the Roman Empire does not mean it has nothing to say for today.  Quite the opposite.  This is a book of help and comfort for anyone experiencing persecution.  But it’s not a manual to understanding future history – with the exception that the end of the book includes a beautiful vision of heaven.

You may disagree with my approach to the book of Revelation.  The view I take is a mostly a preterist view (it happened back then).  I could be wrong. There are many other approaches: the symbolic view (many versions of this), the panoramic view (it’s not sequential but panoramic history all seen at once), the allegorical view (taken by very early Church Fathers like Clement and Origen), the historicist view (it describes the first century until now – whenever it is that you call ‘now’), the idealist view (it describes the struggle of heaven and evil), the layer view (levels of interpretation), the cyclical view (it describes repeated cycles of history), the futurist view (it is all or mostly yet to happen), and many combinations of them.  If you haven’t explored the huge variety of approaches throughout Christian history, then go and get a basic education on approaches to apocalyptic literature before assuming one approach (especially yours) is right. Watch out for the internet which is full of convincing loonies (like me). Read something solid and scholarly like John Strelan’s book When Heaven Meets Earth (he doesn’t endorse my view so this is not a biased recommendation). Another very helpful read would be AD70 The End Of The World by Paul Ellis. But honestly, that’s not the point – the model you take isn’t as important as the big point!

No matter which of the above views of Revelation you take, there are more important things, like focussing on now and not being driven by fear!

What about COVID-19?  It’s just normal end times stuff.  Because it has always been end times since Christ rose from the dead.  That term simply refers to all history since then.  And Jesus told us that history would often look scary until it ends. That’s life!

“And you will hear of wars and rumours of wars. See that you are not alarmed, for this must take place, but the end is not yet. For nation will rise against nation, and kingdom against kingdom, and there will be famines and earthquakes in various places. All these are but the beginning…”

That section of Jesus teaching is usually called “The Little Apocalypse”.  It’s another of the rare apocalyptic sections in the Bible and specifically describes the destruction of Jerusalem and the Temple in 70AD.  However, it is also fair to say that Jesus is telling us that history will never be uneventful.

A strong focus on end times is unhealthy.  An interest in knowing the future usually leads to emotional, psychological and spiritual unhealth.  People can take power over us when we believe they can predict the future – and especially when we believe they predict our future.  This sort of relational dynamic is not healthy for us spiritually.  Christians who focus on apocalyptic literature need to be careful that they are not becoming like those of other faiths who seek psychic predictions, tarot readings, or look in crystal balls.  The spirituality can be similar – seeking certainty where we do not need it.

To be clear, I am not saying it won’t get worse.  I am not saying that the world could not end tomorrow with something more horrifying than you imagined.  It would be wise to expect history to be surprising (both good and bad surprises).  But the fact that bad things could happen and the end could come soon should change nothing for us.  We need to live right now as if materialism is wrong, as if love matters most, and as if relationships are the core of existence.  We must live as if God is love, no matter what!

Every single second was and is end times for every human.  We always live on the knife edge of mortality.  We are always able to die at every moment.  Events like COVID-19 make that more obvious and awaken us from our denial of death.  Instead let’s live as the apostle Paul recommends…

“We are afflicted in every way, but not crushed; perplexed, but not driven to despair; persecuted, but not forsaken; struck down, but not destroyed; always carrying in the body the death of Jesus, so that the life of Jesus may also be manifested in our bodies. For we who live are always being given over to death for Jesus’ sake, so that the life of Jesus also may be manifested in our mortal flesh!” 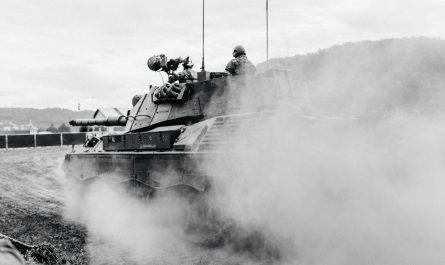 Let Us Pray For Vlad’s Death? 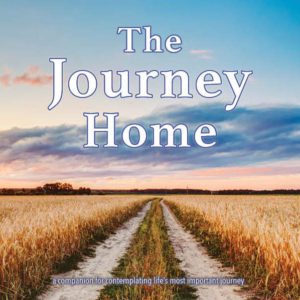 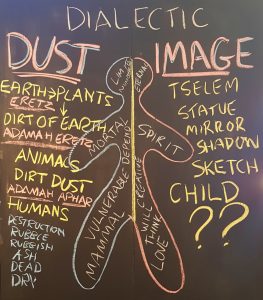